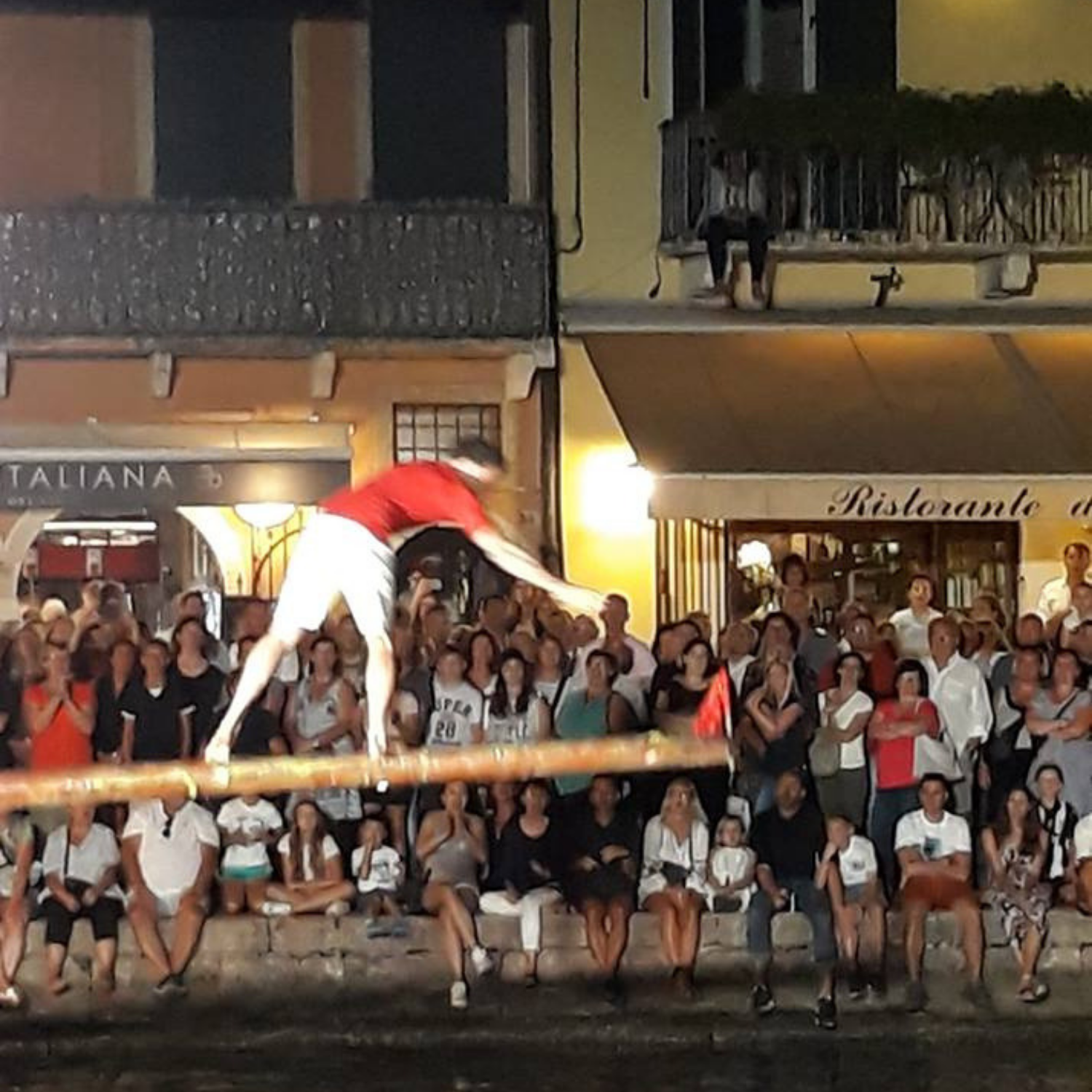 The most spectacular and entertaining event of Lake Garda returns this summer in Lazise: the Palo della Cuccagna del Cadenon. Now in its 84th edition, the event takes place over three days with period costume parades, food stands, markets, music, and a grand finale with the Cadenon “Greasy Pole” competition and fantastic fireworks.

This year the party begins Thursday July 18 and ends Sunday July 21. Here is the program:

Thursday July 18. Costume parade in the historic center of Lazise to accompany the teams competing for the Cadenon and to transport the Palo della Cuccagna (Greasy Pole) to the Porto Vecchio.

Friday 19. Events in the historic center of Lazise.

Saturday 20 at 9.30 pm, the greasy pole competition on the lake at the Porto Vecchio.

The tradition of the Lazise Palo della Cuccagna del Cadenon is truly unique: rather than being placed vertically, the greasy pole is instead suspended horizontally over the waters of the lake. Thoroughly greased and with a red flag at the apex, the pole becomes a treacherous racetrack that the barefoot contenders throw themselves upon with a running start from the ground, with the goal of reaching the top to tear off the flag. Amazing acrobatics and spectacular dives are guaranteed, and the wild cheering of the public is nothing short of deafening!

From the Hotel Smeraldo, you can reach Porto Vecchio in a short 9-minute walk and fully enjoy the unique spectacle of the Cuccagna del Cadenon!

We’re waiting for you!