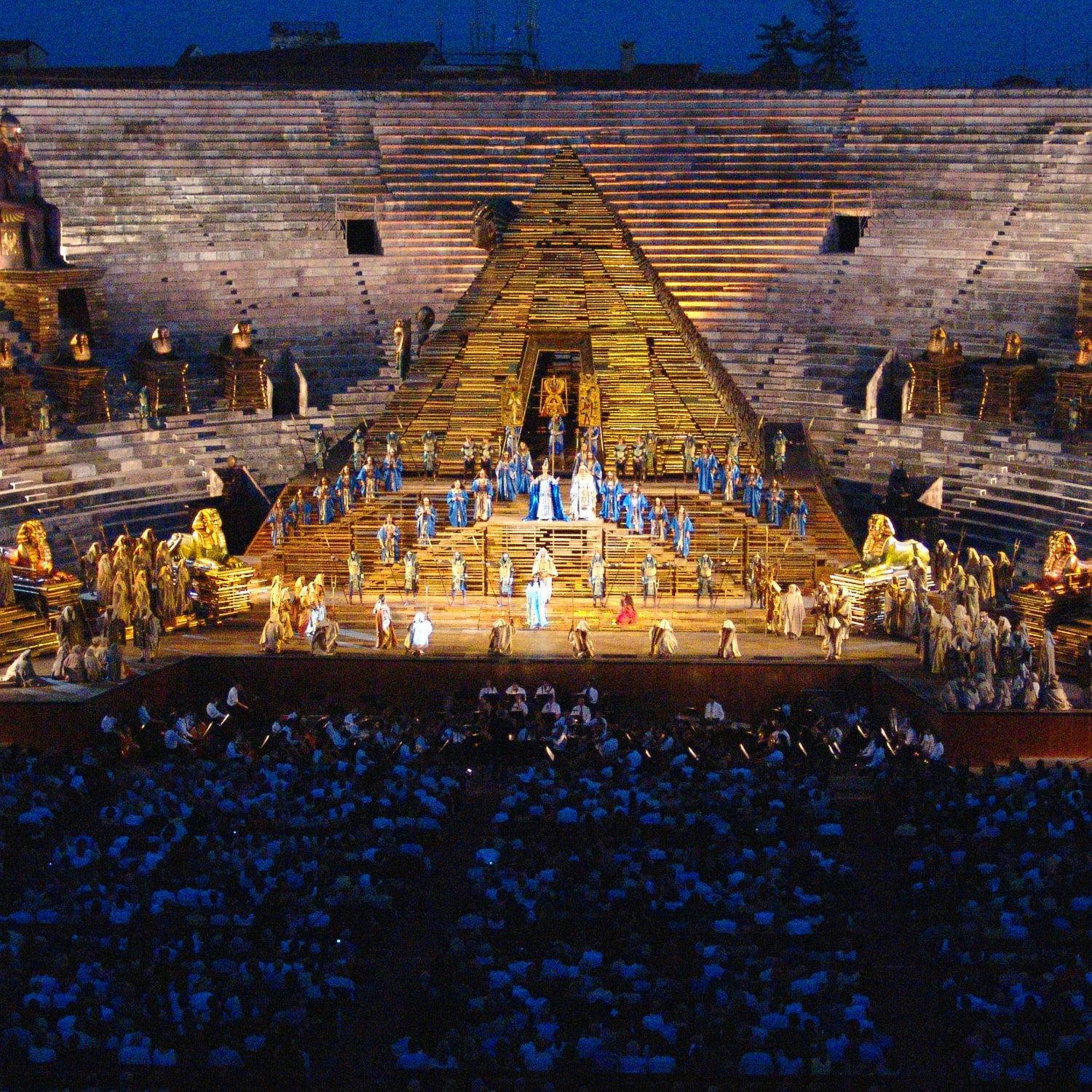 Verona Opera is synonymous with enchanting nights of shows and bel canto in the Arena of Verona. As well as in the past years, Verona Opera’s calendar of events in August offers masterpieces of Italian melodrama and much more, performed and directed by the big names of opera.

Going to the opera at the Arena of Verona should be in everyone’s bucket list and a holiday at Hotel Smeraldo is the perfect chance to tick it off: The Arena is just a half-hour drive from our hotel!

The events on the bill are:

Verdi’s Aida – the ‘Queen’ of the Arena of Verona’s Opera, in the great production conceived by the director Franco Zeffirelli, directed by Daniel Oren. Maria José Siri and Susanna Branchini will alternate in the role of Aida, while Carlo Ventre and Gregory Kunde will play Radames.

Verdi’s Nabucco – the hymn to Italian Risorgimento will be on stage in the 2017 production by the director Arnauld Bernard. Jordi Bernàcer will direct the orchestra; the main actors will be Amartuvshin Enkhbat and Luca Salsi in the role of Nabucco, as well as Susanna Branchini and Rebeka Lokar playing Abigaille.

The Barber of Seville – Rossini’s opera buffa will take the stage of the Arena with Hugo de Ana’s show. Andrea Battistoni will direct the orchestra,  Nino Machaidze and Ruth Iniesta will be playing Rosina, Mario Cassi will play Figaro, while Dmitry Korchak and Leonardo Ferrando will alternate in the role of the Count of Almaviva.

Carmen – Bizet’s masterpiece is an absolute must-see in its newest production. Francesco Ivan Ciampa will direct the orchestra and Anna Goryachova, Carmen Topciu and Geraldine Chauvet will play the role of Carmen.